Decades ago, I traveled the local trains of Bombay, most often clinging to the sides of the doorway, hanging on for life. Daredevil stunts like this helped me get to my destination on time, maybe a bit disheveled, and all the worse for wear, but still passable, till better days helped me buy a first class pass.

And what a change it was: I realized I had walked into the Encyclopedia Britannica, or the Malayala Manoroma year book of information, because everybody knew everything, though what they knew most was cricket.

I was amazed at how pot- bellied, roly-poly cloth merchants from the local city market, who I’m sure had never touched a cricket bat, or held a ball, leave alone, seen the insides of a cricket stadium, gave oratory discourses in loud voices as to how Gavaskar should have played a shot. So much so I was quite convinced that had Sunil Gavaskar travelled to the Brabourne Stadium by the locals, instead of using other transport, he would have gained much more fame, than just being the best known batsman of his era.

“Arrey!” they would say, looking up at me, as if I was the cricketer’s best friend, “Sunil, could easily have lofted the third ball for a four, if he had judged it better!”

Nothing has changed today, but instead of travelling by the local, and finding these worthy books of knowledge, I find them in Whatsapp groups.

Like those travelers of yore, who were Armchair Cricketers, these are Armchair Politicians, who spend the whole day spewing venom and hate on all who oppose their party’s ideology, Armchair Economists who forward dozens of fake messages on how well the government has handled financial issues, with even statistics showing we have already become the richest nation in the world, and even Armchair Soldiers!”
—————————————–
April batch full! Enroll for May?
—————————————-

Wearing the army’s khakis, and hoisting some flag that has no similarity to our national tri-colour, they like generals lead their troops, not against an enemy country, but against those from other religions or who oppose their political party!”

With language that would have left normal foul tongued persons blushing, they use, sword and dagger in four-letter words and rabid talk to storm the walls of decency and culture.

But my mind travels back to those days of yore in the Bombay local. Was the batting of Gavaskar or Sachin affected by such talk? No! Gavaskar if told would have replied, “Get out of your armchair and let see you face one ball!”

Yes my dear forwarders and hate spewers, “Stand alone and fight, without foul words and without your mob! You can’t, because you fight like a cowardly terrorist, entrenched and hidden in your messaging armchair..!”
———————————————
ENROLL…
…Get trained by the very person whose article you just read! Don’t wait! Send a thumbs up for details to 9892572883 and let Robert Clements train you in his easy and comfortable way Let the power of WORDS spoken and written effectively and forcefully, change your life! Join the Writer’s and Speaker’s Course, May Batch TODAY! Send a thumbsup to 9892572883 now! 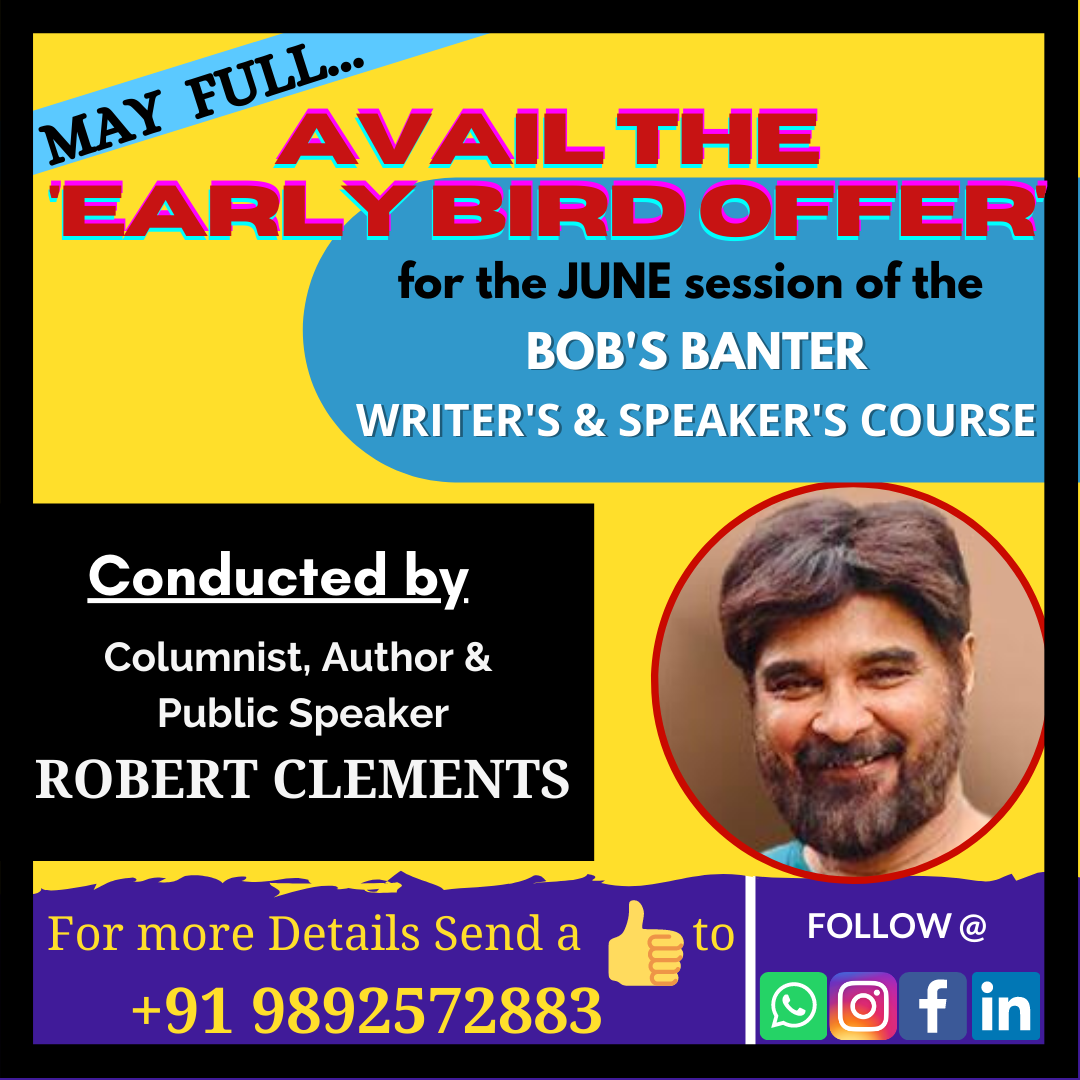